Almost any gamer with more than a passing interest in the hobby should be all too well aware of the censorship others have tried to instill within the medium. Throughout gaming’s illustrious history there have been countless calls to tone things down, or to burn them out of existence entirely. How many of us rolled their eyes so hard they popped out of their sockets, and tumbled on towards a better life after Fox news got uppity over an unseen titty in Mass Effect? What about the jokes we levy at the sheer stupidity of Jack Thompson? Who grimaces at the very real culture war that occurred in the 90s when Mortal Kombat created a moral ‘konflict’? Time and time again, gaming has been thrown in the midst of a warpath of raging ideologues who see Fahrenheit 451 not as a warning, but as an all-important user manual. Yet, standing in their way has always been game journalists doing their damnedest to keep the pitchforks and torches at bay. That is, until the current era, where like the turncoats they’ve shown themselves to be, our historically most arduous defenders have turned into our biggest enemy yet.

Yesterday, Dean Takahashi of Venture Beat published an article about the upcoming release of Call of Duty: Modern Warfare. Within the piece he discusses the game’s goal of making gamers feel uncomfortable with gameplay that matches the startling truth that in the real world, it’s hard to tell civilian from foe. Immediately he took issue with the upcoming iteration of CoD aiming to be as authentically gritty as possible, and began his essay with a call for censorship.

“I have been a Call of Duty fan from the first game in 2003. But I have never wondered about this question before, until now. Should this particular game, Call of Duty: Modern Warfare, be made? The small glimpse I’ve seen of it so far tells me no,” he begins with, before later also saying: “Sometimes you have to judge something on just what your eyes tell you. And my vote is that this single-player campaign should not ship with these scenes.”

He would further elaborate on twitter that he is “not a book burner. Or a game burner. In 30 years of writing about games, I have never said something like this. I am raising the question for this one. And I am saying they should drop these scenes. I am flagging this for parents to be aware of another “No Russian.”

This desire to protect children matches the Venture Beat article where he expresses that kids shouldn’t play Modern Warfare, and in that regard he’s probably right. Kids (at least most of them) shouldn’t be playing Call of Duty, but last I checked, that’s why we have the ESRB rating system. To which the Activision published series is rated ‘M’ for mature for a reason. 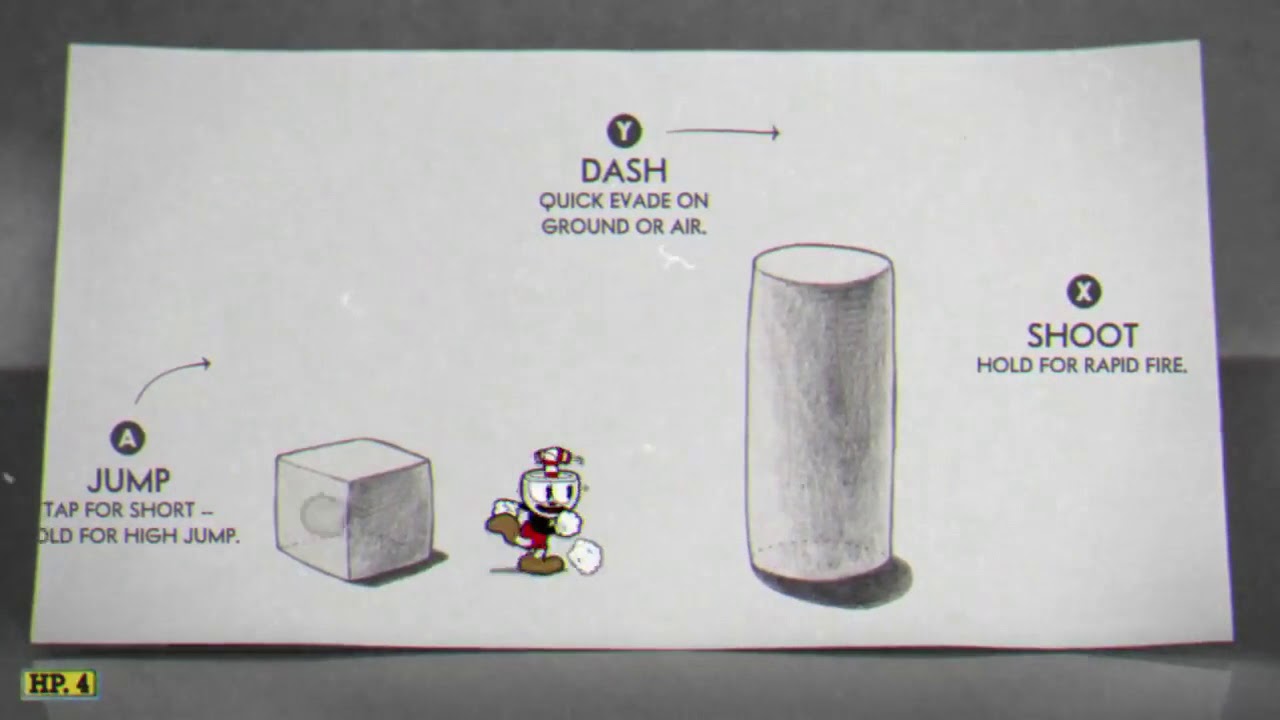 Not too long ago Takahashi was understandably mocked after his abysmal “skills” were put to the test, and he got stuck on a Cuphead tutorial, even when the gameplay prompts were literally spelled out above his character. Even longer ago he was rightfully criticized when he reviewed Mass Effect, and later had to apologize for it after it came to light that he didn’t know he had been able to apply talent points to his character during the experience, putting his complaints that the game was too hard to shame. Yet through all those blunders, he’s still been able to provide adequate coverage when it came to the world of tech (read: not gaming). So as a journalist he’s not totally useless. Or he wasn’t, but in an era where calls for censorship are already weighing not just the gaming medium down, but other forms of entertainment as well, I have six words for him.

Get the fuck out of journalism.

Free speech and expression is key to this entire field of work. Journalism would not exist without it. Calls for censorship are not just misguided, they’re wrong. It’s also a slap in the face to every American who values the freedom our constitution and its subsequent amendments afford. As for getting out of journalism, I want to yell my curse laden sentiment above, for as rude as it sounds, at many who have now somehow made a living out of planting the seeds for moral panic, all under the guise of criticism. 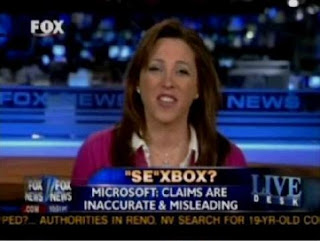 In 2008. Fox News came under fire – and rightfully so –  for a debate in which they misrepresented a sex scene in Mass Effect, going so far as to straight up lie when they said it was being marketed to children. Immediately the clip was lambasted practically everywhere, and was even addressed on G4’s popular television series, X-Play. While covering the segment, Adam Sessler criticized the dishonest journalism and the “purposelessness of the situation.”

Fast forward 11 years, and the bad Fox News story can’t even hold a candle up to the purposelessness of modern game coverage.

Vice Gaming, formally Waypoint, just last week got anxiety because Overwatch has an optional skin which allows certain characters to dress up as law enforcement. Deadspin cried last September because Spider-Man aids the NYPD. Pastemagazine a handful of months ago was upset because you kill monsters in Monster Hunter. Polygon were broken up over Rage 2’s depiction of mutants. PC Gamer brought up how Rimworld was “heteronormative” in their review of the game. Meanwhile Eurogamer spent much of its Dead or Alive 6 review bitching about how sexy the characters are. Rockpapershotgun absurdly wishes Far Cry 5 featured more racism and fascism. And Kotaku falsely attacked Persona 5 over a nonexistent ‘ableist slur.’

None of these sites can seemingly go an entire week without courting some made up ‘non-troversy’. On the one hand, it’s because in today’s media climate, publications need to rile up readers to drive the clicks they so desperately need – more so now as their valuations keep thankfully plummeting – so they hire partisan hacks who’ll do the dirty for them. And trust me, these ‘journalists’ believe the nonsense they spew. Browsing their public social media feeds is evidence enough of this. I mean hell, some cerebrally-fragile individuals even got angry because of a Star Wars twitter poll. Disney simply asked whether people are on the side of the Resistance or the First Order. Yet, because nothing can be lighthearted anymore, folks like Jim Sterling and Austin Walker said it was a ‘fascism poll’. Never-mind people have been cosplaying Storm Troopers for decades, and that people in general enjoy dressing up as various villains on Halloween. No, instead, in their minds, anyone who chose the Order is a true-to-life nazi.

Hate Jack Thompson all you like, and no doubt he’s a damn fool, but he’s got nothing on those that get paid to write the bunk making up a majority of our gaming news media. Jack at least got disbarred and is largely disgraced, meanwhile game critics and journalists move upwards in their careers, and bounce between handfuls of sites at a time, only growing in influence and power.

We mock them, and pretend they have no power, but their moral dribble leaks out into the industry and causes real change. Don’t believe me? Well just ask Tim Soret, who’s game fell out of favor because of where his politics lay, and who became the target of the press. Trash pieces were written that helped contribute to why his highly anticipated game remains in limbo. He was painted as a feminist-hating gamergate supporting bigot, something their audience ate up, and now he’s unwarrantedly hated by many.

As I’ve written about on this very site before, the current era of gaming coverage has resulted in other casualties as well. A harmless Tweet made by a GOG community manager riled up the press to such a degree that they wrote countless hit pieces calling GOG ‘transphobic’, and worse. The resulting outrage led to the employee being uncovered and doxxed, an action resulting in the community manager’s parents receiving abusive phone calls.

Game coverage can, and should, be better. History shows it’s possible. As a kid, my passion for gaming and journalism burned bright. My monthly subscriptions to Electronic Gaming Monthly and a handful of other publications were little presents left in the mailbox each month. Ones I anxiously awaited. My mailman was Santa, and he always delivered. I’d open my magazines with care and spend hours reading the contents within. Wowed by the enjoyable writing, the good reviews, and the passion of the editorials that shined a light upon my face each time I turned to the first page. This was journalism, and it was good.

In 2008, Dan Hsu of EGM published an eye-opening editorial. It was about how Ubisoft had blacklisted the magazine because of unfavorable preview coverage. As he would explain:

“Gamemakers have been taking issue with our reviews for as long as EGM’s been around (almost 19 years now). It goes with the territory: Be honest and tough with your critiques, and you’re going to piss just about everybody off at some point. But when I took over as editor-in-chief in 2001, I also wanted us to get more real with our previews. I was tired of the press-release rehashes our industry had become accustomed to, so I asked for more sincerity and opinions from our writers and editors. Naturally, you have to be fair — the products aren’t finished yet, after all — but judging from reader feedback, our opinionated previews have been a hit. Except with some game publishers, of course. Less-than-totally-positive previews don’t sit well with those who are used to those press-release rehashes. Combine that with our candid reviews, and you can imagine the consequences that we have to face constantly.” In a later interview he would go on to add: “I’d drag EGM down with me or quit before we compromise our integrity.”

The games media at large would do well to take in that lesson. Moral panics and calls for censorship are the opposite of where this field should be going. We need journalists with integrity, who are willing to risk their careers to stand up against the puritanical pursuits of those wishing to belittle this hobby. There is no room for ideologues who would rather push political activism instead of anything that could be called genuine, passionate, or real.

Journalism may seem like it’s dying, but it doesn’t have to be this way. It just needs to wake up and take out the trash.