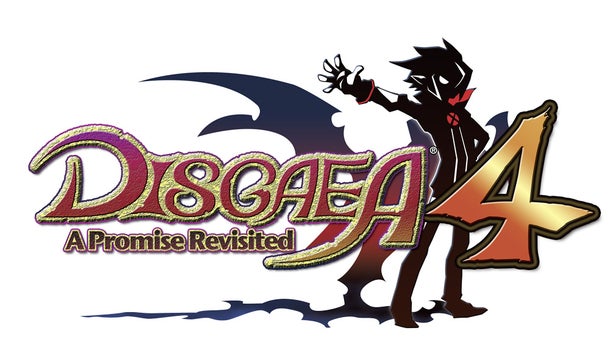 Disgaea 4: A Promise Revisited is a strategy RPG for the PS Vita, originally released for the PS3 in 2011. The series is fairly popular, the first game arguably putting the SRPG genre back on the map after years of obscurity.

While some people dislike the grindy nature of the series, it’s impossible to argue that Disgaea hasn’t found its niche of popularity among fans of the genre. What I aim to accomplish in this review is to let you know whether Disgaea 4 is worth your time and money, and to shed some light on the new features the Vita port adds.

First off, I’m going to discuss the sound and music. As far as voice acting goes, Disgaea 4 doesn’t disappoint. There are dual audio options, but I find that the English dub is actually quite tolerable this time around, unlike the nasally Vic Mignona-voiced protagonist we had to suffer through in the 3rd iteration of the series. Featuring talents like Troy Baker, Patrick Seitz, and Jamieson Price, the voicework is delightfully listenable. Of course, the Japanese seiyuus are fantastic, but I played with the English dub on for reviewing’s sake, and I was pleasantly surprised.

The music is great as always, Tenpei Sato being a fantastic composer. The sound effects are goofy and comical as well, really meshing with the game’s tongue-in-cheek sense of humor. If I had one complaint about the sound design on the Vita port, it would be that the levels are slightly off, though. I’ve noticed that even with the BGM turned nearly all the way down, it still overpowered the voices at times. This could be a hardware thing, remedied by wearing headphones, but it’s still a kind of annoying issue.

Next up at bat is the graphics. This game is friggin’ gorgeous. They polished up a lot of things for the Vita port, and the game looks better than it ever did on the PS3. All of the sprites are very crisp, looking wonderful on the Vita’s OLED display, and even the effects have received a noticeable boost in the looks department. Coupled with the usual brilliant artwork from the legendary Takehito Harada, and you have a very pretty-looking game.

Arguably the most important thing in a Disgaea game, the story is a crucial feature in any SRPG. I’m pleased to say that Disgaea 4‘s narrative is quite good! The story revolves around Valvatorez, a sardine-loving vampire who seems to be beholden to his promises, and his allies. Among them are Fenrich, a werewolf who seems to have a close attachment to his lord.

Fuka, a rejected Prinny who vows to take over the corrupternment (clever name) and change their ways. Emizel, the son of the president, and also Death, who hasn’t claimed a single life upon meeting the party. Vulcanus, an angel who steals money from the netherworld to send to Celestia. DESCO, a literal death machine. There are a wealth of great characters, and several returning favorites from previous games.

The writing is delightful, mixing witty humor with slapstick, and endless pop-culture references. While there are gloomy bits to the game, the majority of Disgaea 4 does not take itself too seriously, and I really enjoy that about the series as a whole. It also serves to drive the sad parts home even harder, as I feel they stand out more. There are several twists and turns to D4‘s story, but I think that it is a fun ride throughout, and I personally enjoy the hell out of it.

Last, but certainly not least, let’s get into the gameplay. It’s honestly standard fare, with a few changes to mix things up. You, of course, have the typical Disgaea gameplay–SRPG with geoblocks that dictate the battlefield, along with the ability to lift and throw enemies and allies alike. Disgaea 3 added Magichange, which allows creatures to turn into weapons for humanoid allies to use.

Well, the fourth entry in the series expanded upon Magichange, and also added an entirely new feature, the ability to have monsters fuse with each other. It sounds minor, but it can really be an effective strategy, both for and against you. I found myself enjoying the mechanics added, and I’m obviously a fan of the series, so I have no complaints when it comes to the gameplay. It’s still very grindy and requires a lot of time invested in levelling, but I find that to be quite satisfying if it’s fun to do.

Before I wrap things up, let’s get into the features the Vita port of D4 added to the mix. There are new scenarios, adding plenty of extra backstory to the characters–as well as new characters entirely! There are also new spells, techniques, and other general quality-of-life changes. One of my personal favorite additions is the inclusion of all of the downloadable content that was available on the PS3 version. 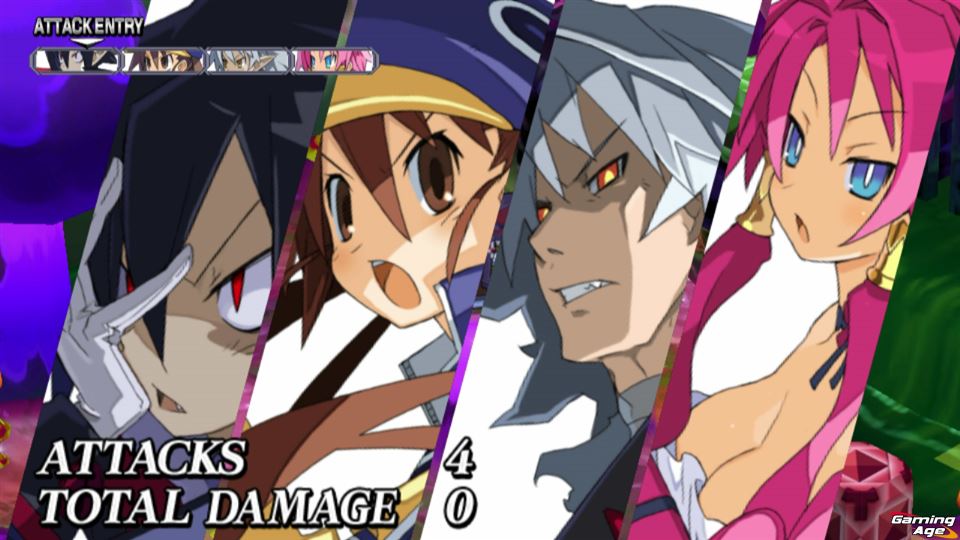 So, is Disgaea 4: A Promise Revisited a game worth picking up? Absolutely. If you’re a Disgaea fan, you probably already own it on the PS3. I will say that even if you do, you might want to pick it up on the Vita, since it’s quite honestly the definitive way to play the game. Disgaea lends itself incredibly well to a handheld console, and with the additional content and polishing, I can’t recommend it enough.

Disgaea 4: A Promise Revisited was reviewed with a code provided by NIS America. You can find additional information about Niche Gamer’s reviews/ethics policy here.