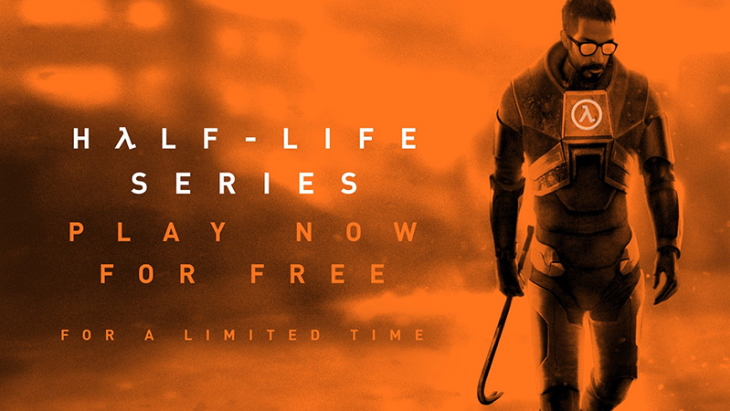 Valve have announced numerous Half-Life titles will be free on Steam, until the launch of Half-Life: Alyx.

With each Steam page listing stating the offer lasts two months, Steam have announced that the titles will be free to play. These include:

It should be noted the Half-Life Complete Bundle may erroneously display a cost to some users. Reader caution is advised. In addition, Half-Life: Alyx is currently 10% off.

You can find the full run-down on Half-Life: Alyx (via Steam) below.

ABOUT GAMEPLAY IN VR:

Valve’s return to the Half-Life universe that started it all was built from the ground up for virtual reality. VR was built to enable the gameplay that sits at the heart of Half-Life.

Lean to aim around a broken wall and under a Barnacle to make an impossible shot. Rummage through shelves to find a healing syringe and some shotgun shells. Manipulate tools to hack alien interfaces. Toss a bottle through a window to distract an enemy. Rip a Headcrab off your face and throw it out the window.

Already own a VALVE INDEX headset or controllers?
You’ll get Half-Life: Alyx free, plus extra content.

Customers who have purchased Valve Index hardware before the game is released on Steam will have access to unique bonuses starting in early 2020:

A set of Source 2 tools for building new environments will ship with the game, enabling any player to build and contribute new environments for the community to enjoy. Hammer, Valve’s level authoring tool, has been updated with all of the game’s virtual reality gameplay tools and components.