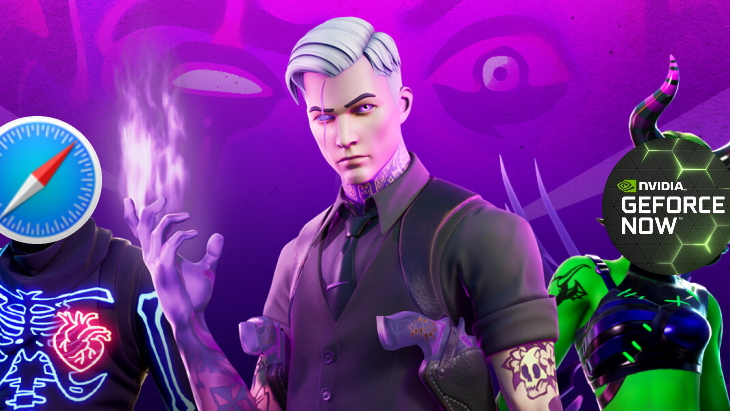 Fortnite will reportedly return to iOS thanks to NVidia GeForce Now cloud gaming letting it be played through Safari.

The judge gave a preliminary injunction in October. Apple did not have to reinstate Fortnite on the App store, but they had a restraining order preventing them from revoking developer tools from “Epic Affiliates;” such as those using the Unreal Engine for their game.

Now, the BBC reports that Fortnite will be returning to iOS devices thanks to NVidia GeForce Now cloud gaming. The service can run through the iOS web browser Safari, meaning Apple will not get a cut of any microtransactions.

Fortnite, while not formally announced, is reportedly going to be available on NVidia GeForce Holiday 2020. An Nvidia spokesman told the BBC “Nvidia is not commenting on any new clients coming to the service, or on the availability of any game on unannounced or unreleased platforms. Fortnite is not confirmed for GeForce Now on platforms beyond PC, Mac and Android.”

It seems all but certain Apple will want to reject such a thing, but thanks to the prior injunction they have to tread carefully. If their actions are deemed spiteful to NVidia as a whole, it could be deemed in harassing an Epic Affiliate (someone who has done a deal with Epic Games). We will keep you informed as we learn more.