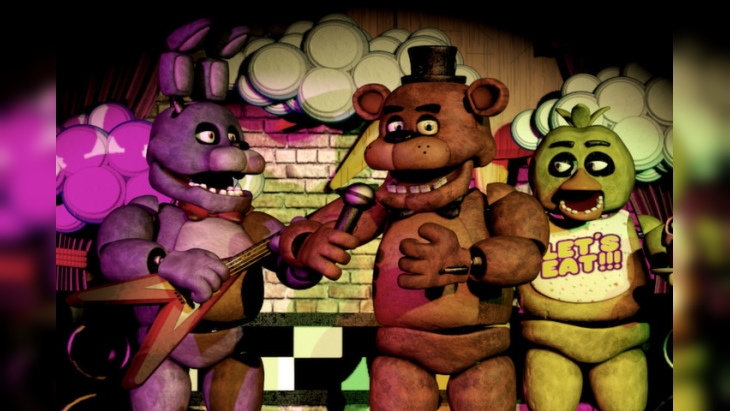 Some fans of Five Nights at Freddy’s have become outraged the creator donated to Republican politicians and causes; some threatening him and his wife.

Using a non-profit website that lists political donors (which we shall not be posting to prevent further doxxing), Twitter users learned that Scott Cawthon had donated over $35,000 USD to republican politicians, a PAC, and the National Republican Senatorial Committee across 2019 and 2020. This included $2,000 USD to 45th President of the United States Donald Trump; as well as $2,500 USD to democrat Tulsi Gabbard.

The information on the website included zip codes and states on some donations, which lead to Cawthon being doxxed, and threats made against him, his home, and his wife. While those threatening messages have seemingly been removed from social media (violating the terms of service), discussion at large shows disgust and defense of Cawthon [1, 2, 3, 4, 5, 6, 7, 8, 9].

Cawthon took to the series’ official subreddit, and posted a message to the community titled “My response, and maybe last post.” “This message isn’t specifically directly at the Freddit community; this is just the community that I care about the most and where I choose to post these things,” Cawthon began. “I never cared much for Twitter anyway.”

He explains while he had considered  not addressing the matter at all, “with so many people from the LGBT community in the fanbase that I love, that’s not an option.” Along with the game’s surprisingly large LGBT fan base, it appears some of those within that group feel Cawthon’s republican support runs against the LGBT community, and other minorities.

Cawthon explains that despite the last seven years should have “given me the benefit of the doubt in regards to how I try to treat people;” he had ended up trending on Twitter, branded as a homophobe, doxxed, and threatened with people coming to his home. The latter terrorized his wife, six weeks pregnant. These death threats lead to #istandwithscott and #istandbyscott trending on Twitter for a time.

“All this because I exercised my right, and my duty, as an American citizen, to vote for and support the candidates who I felt could best run the country, for everyone, and that’s something that I won’t apologize for.” Cawthon then defended the diversity of the candidates and causes he donated to, even in cases where he disagreed with the candidate on several issues.

Cawthon then defends his support of President Trump, and condemns those who sought to cancel him and others. He also stood firm that he would not be giving an apology.

“And yes, I supported President Trump, because I felt he was the best man to fuel a strong economy and stand up to America’s enemies abroad, of which there are many. Even if there were candidates who had better things to say to the LGBT community directly, and bigger promises to make, I believed that their stances on other issues would have ended up doing much greater harm to those communities than good. All of this explanation, I fear, is wasted, as people don’t want to discuss with one another anymore; they want endless apologies and submission. People who are expecting those from me will get neither.”

Continuing, Cawthon explains how he has always been supportive of creators, and treated all creeds fairly (leading to a diverse group of friends and work colleagues; the latter chosen because they were the best people for the job).

“I’m a republican. I’m a Christian. I’m pro-life. I believe in God. I also believe in equality, and in science, and in common sense. Despite what some may say, all of those things can go together. That’s not an apology or promise to change, it’s the way it’s always been.” Some on Twitter had claimed Cawthon’s pro-life stance clashed with his other beliefs, along with pro-science clashing with being a Trump supporter.

Cawthon concluded that even if he was cancelled (unable to work with anyone for their fear of persecution), he would retire content, and that being cancelled would not lose what he valued most.

“If I get cancelled, then I get cancelled. I don’t do this for the money anymore; I do it because I enjoy it. If people think I’m doing more harm than good now, then maybe it’s better that I get cancelled and retire. I would accept that. I’ve had a fulfilling career. Besides, most things that people can take from you are things that never had much value to begin with.

I have always loved, and will continue to love, this community and this fanbase, even if someday it doesn’t include me anymore.”

The thread was later locked by mods as “both sides cannot control themselves and are breaking the rules left and right.”

Cawthon’s detractors also appear to have overlooked donations to charity totaling over $1.5 million dollars to a variety of causes [1, 2].