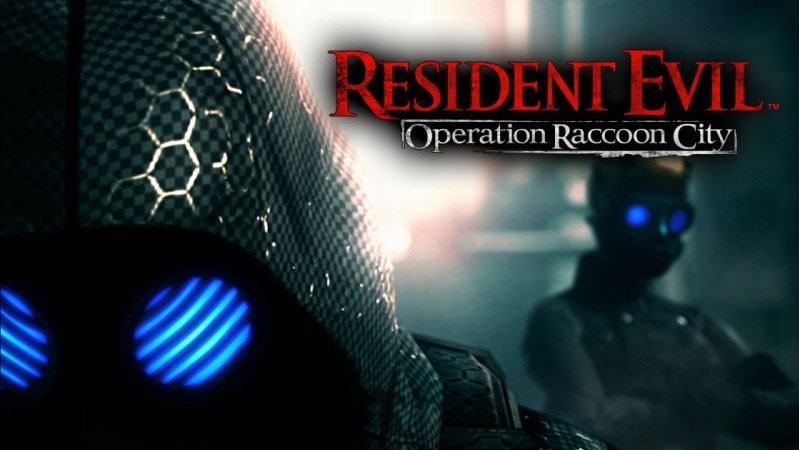 Resident Evil: Operation Raccoon City is from a time when Capcom would outsource their IPs to western studios; in order to broaden appeal to a wider western market. This was the dawn of the HD era. Development costs were shooting through the roof, and new hardware proved to be challenging to produce titles for mid-sized game studios.

Risks during this generation were high, and Capcom was going all in on capitalizing on the absurdly popular Modern Warfare multiplayer craze in the Americas and Europe. They had to get a piece of that realistic military pie, and Resident Evil seemed like the ideal candidate at the time. It would be their undoing, and the cost would be unbelievably damaging.

There was room for this to work, since fans would not see the remakes for several more years and this would be the closest alternative. The first issues of Operation Raccoon City rear its ugly head very soon. There is so little Resident Evil in this product; and for a majority of the experience, players will find themselves engaging in the most tired and drawn out cover-shooting gameplay.

A lot of the foes are other soldiers with guns who get way too much health, and are not phased by headshots. The balance in Operation Raccoon City is embarrassing. It comes off as if this was something that was haphazardly adjusted very late in development, when it was realized the final game would have been too easy.

The partner AI will often embarrass itself as it indecisively gets caught in animation cycles of going in and out of cover. These useless partners who get themselves killed and rarely help will be the only company anyone will have while playing Operation Raccoon City. Even in 2021 with Xbox Series X|S backwards compatibility, nobody wants to play this. This is such a product of its cynical cash-grab era; when every publisher was reimagining any IP they had to be a Call of Duty-like, or whatever was selling the most. Every character can only carry a side-arm pistol and a main weapon- which can range from shotguns, rifles, or machine guns.

The one differentiating trait in Operation Raccoon City that makes it unique from most cover shooters is that characters can quickly switch to their side arm by holding the left bumper which changes the shooting mechanic to what can be best described as a twin-tick shooter.

Holding the right stick in the direction of enemies will make the player-character automatically fire, and they can move slowly and dispatch multiple targets in this manner. The only drawback is that this can only be done with a side-arm- and not any rifle or machine gun.

It’s too bad that this feature wasn’t further fleshed out, because the arcade-like pacing would have made Operation Raccoon City a better game as an overhead twin-stick shooter. Don’t expect to do any puzzle-solving or key-item hunting. The wolfpack is always pressing forwards towards their obvious objective, and there is no deviation or exploration. All there is to do is shoot a way through, trying to stay alive, and brace yourself for agonizingly long boss battles.

One would think that a game with this much action would be exciting, but it just becomes so boring from the constant blaring of gunfire and slowly moving forward. The endless noise becomes a lulling static that induces a comatose state, and the real challenge is fighting to stay awake.

Operation Raccoon City is not all bad. The cover mechanics are actually functional compared to Resident Evil 6, and sometimes the setting and ambiance manages to evoke the atmosphere of the original games. Even the monster designs are very close to the old concept art, and give an idea what Resident Evil 2 and 3 remakes might have looked like in the seventh console gen. Some scenes from the original games get recreated and have the same dialogue used. Capcom even took the effort to get Alyson Court to take a day off from her tollbooth job to record lines for Claire Redfield. She still had it in her in 2012, and it was too bad she was not brought back again for the remake in 2019.

One of the big selling points of Operation Raccoon City was encountering Claire and Leon, and getting a choice to spare or execute them. This was always a confusing point of contention for this title, and made no sense to fans. Since when was there a desire to kill the heroes and why?

Towards the end of the wolfpack campaign, a choice is given to the player to decide if Leon and Claire live or die. Depending on the choice, the wolfpack get divided and will have to fight among themselves; with the player having to either save the heroes or chase them down like dogs to put a bullet in their back. The way Operation Raccoon City marketed this was always confusing with how Leon and Claire were prominently featured. It raises a question of “why not just play as Leon and Claire?” Maybe Capcom didn’t want a Canadian developer, an outsider, doing a remake. But they also didn’t want to waste the quality assets produced.

The only way to play as the heroes is in the online-only multiplayer mode that nobody plays. Leon and Claire get no campaign- not even as DLC. Not even Hunk gets to be used in any campaign mode, and can only be used in the same “Heroes Mode,” which makes him feel so wasted.

Operation Raccoon City has so many fan favorite characters included, and the single player content only has the generic and boring wolfpack characters to play as. Even worse- the better campaign is locked behind two paywalls. The Echo 6 scenario has much more enjoyable and heroic characters, who have more personality than the mostly faceless goons in the wolfpack. The two Echo 6 DLCs are priced as $9.99 USD each. The scenario is more varied, and comes even close to feeling like a Resident Evil experience. All the Echo 6 guys are basically the same as the wolfpack, but it goes to show how a bit of personality can go a long way in elevating a game.

This was from the time when Capcom was truly heinous with DLC, and were not above selling an incomplete game with no ending. Asking players to pay more for the rest of their story was thankfully a practice that died.

It’s made worse in Operation Raccoon City, because the core game is noticeably short and lacking a satisfying conclusion. There is enough to suggest that both campaigns were meant to be part of one package.

This kind of greediness is surprising, especially since Resident Evil 6 came out only about six months later, and would feature four campaigns tota;, not counting extraneous multiplayer modes. Operation Raccoon City is very barebones, even for $19.99 USD. At this juncture, Capcom really should have included the the two Echo 6 DLC campaigns to make up for the lack of content. Along with Capcom Vancouver, Slant Six Games would be the two Canadian developers who would face closure for attempting to make Capcom games. Japanese horror and action has a different flavor that the west never seems to fully understand. Japanese developers prioritize minutia differently than the west do. Weapons are rarely seen as disposable, and are usually an extension of the character.

Operation Raccoon City has very standard third person gameplay. The subpar scenario and lack of personality end up making it less interesting than Umbrella Corps., which was so incredibly shoddy and absurd it became entertaining. The wolfpack take themselves too seriously, and the game really tries to make them seem like bad-asses. Instead they just become forgettable.

Resident Evil: Operation Raccoon City will disappoint mostly everyone who plays it. Fans of the series will only enjoy the references, and the way the developers realized certain events from the originals.

Taking away references to Resident Evil imagery and iconography, what’s left is the the most basic cover shooter that has some monsters in it. There is a reason why Capcom hasn’t ported or given this entry a HD remaster.