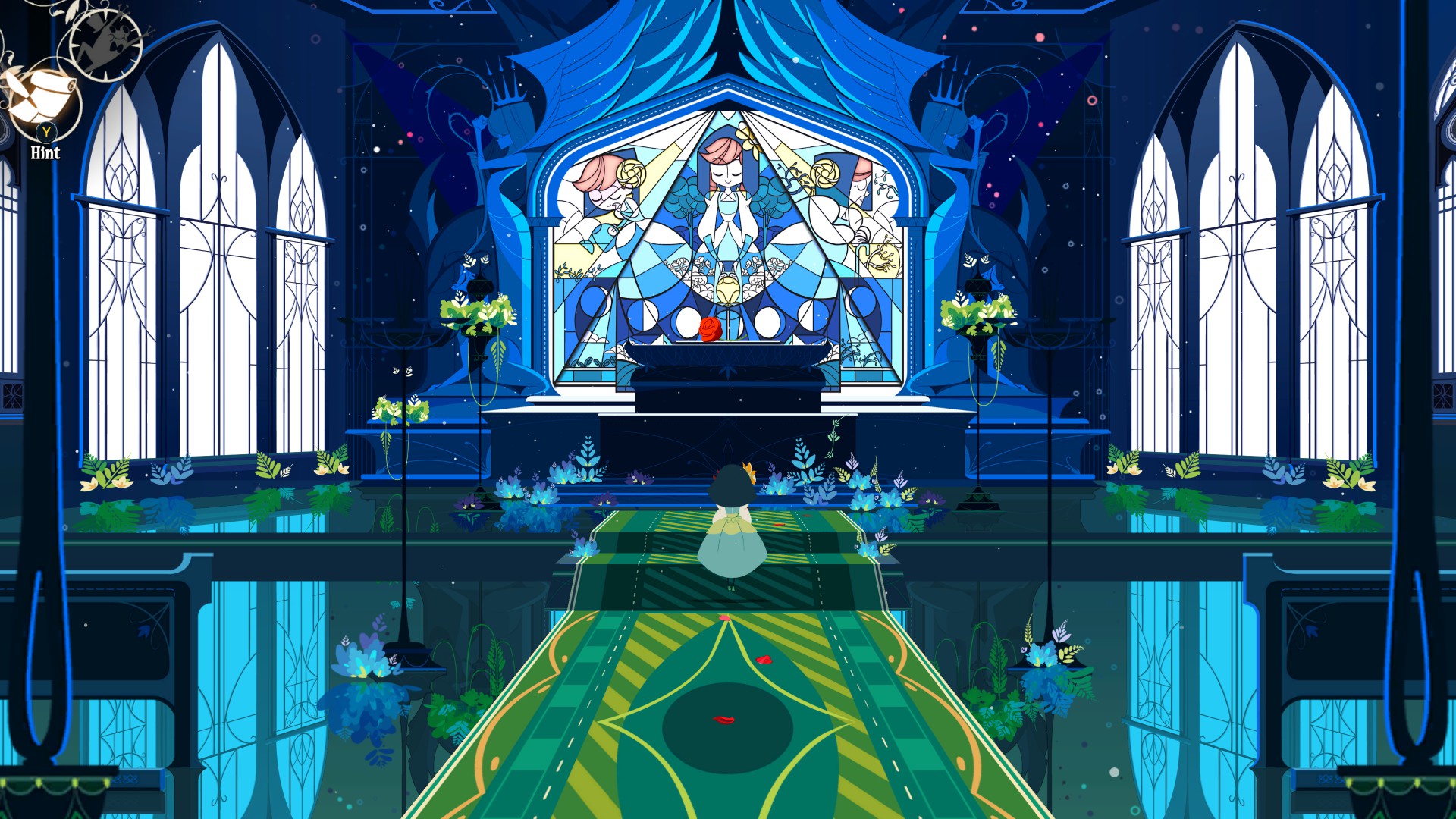 Cris Tales is a colorful RPG by Dreams Uncorporated and SYCK that is set to release this November. The developers recently released a demo on PC that covers the first hour or so of the game. Here are my impressions after playing it for myself.

The game follows a young girl named Crisbell that spends her days doing chores at the orphanage in her peaceful countryside village. Her mundane life is interrupted when she meets a mysterious talking frog named Matias, which awakens her powers as a Time Mage.

Now, she must join up with fellow Time Mages and other heroes on a quest to defeat the evil Time Empress and her minions that threaten the world of Crystallis. This allows you to see how the world looked in the past, and how it will change in the future. This even includes the NPCs, leading to some rather sad encounters as you notice who has succumbed to the passage of time. This system also leads to some foreshadowing; you walk past the mayor’s assistant and notice her rather menacing appearance in the future side of the screen.

The ability to see into the past and future plays into the game’s quests. In one of these quests, you notice that two houses are afflicted with a fungal infection called Ash Blight that gradually rots wood and leads to the eventual collapse of the building. One of these buildings is your town’s local alchemist shop, while the other is a family’s house.

This triggers a short quest to try and create a potion that can kill Ash Blight spores, thus preventing the buildings from suffering structural damage. This quest involves planting the seed for a rare plant that produces fruit that can be used to make Ash Blight potions.

Obviously, you can’t just wait around for the tree to grow naturally, as the infection will have had time to cause irreparable damage to the two buildings. Luckily, your frog friend Matias has the ability to open small time portals. This allows him to go into the future and harvest the fruit from the tree once it has matured. Unfortunately, you can only get enough fruit to produce one potion, which leads you to a small moral choice. Do you give the potion to the alchemist, thus ensuring your small village maintains access to her vital services? Or do you give it to the family so they won’t become homeless and be forced to live as beggars?

The demos is too short to see how this choice affects the future, but I can definitely see the system’s potential to make interesting quests later on in the game.

Of course, this time manipulation extends to the game’s combat system. The devs of Cris Tales say that the game is inspired by classic JRPGs, and you can certainly see that from the game’s approach to battles. The time manipulation is the combat’s most unique element. Essentially, you can use your abilities as a Time Mage to send an enemy to their past or future selves to make them stronger or weaker. This is exemplified in the demo’s final fight against a pair of mysterious twins leading a goblin raiding party against your village.

Each of the twins carry half of a gigantic, impenetrable shield that Crisbell and her new ally, Christopher, are too weak to break. To beat them, you have to use Christopher’s water magic to make their shield wet, and then use Crisbell’s time magic to summon their future form.

The future version of the twins are more powerful and aggressive. However, because you soaked their shield and then manipulated the flow of time, their shield has now rusted, making their defenses low enough to deal damage to them. While this mechanic is interesting, the battle is a little too drawn out. The twins don’t have a health bar, so after a while it was getting to the point where I thought I was missing something else I needed to do. No, I wasn’t, you just have to whack them for about 5 minutes with no real sense of feedback before the fight is over.

Drawn out battle aside, the Cris Tales demo was pretty fun. The game features a colorful art style and a cool take on time manipulation that is used both in combat and quests. The Steam description mentions “over 20 hours” as the final game’s length, and the core mechanics displayed in the demo certainly show enough promise to lead to some interesting quests and battles.

Cris Tales launches November 17th for Windows PC (via GOG and Steam), Nintendo Switch, PlayStation 4, and Xbox One. If you want to try the demo for yourself, you can find it on both GOG and Steam.